Are you thinking about moving to Bluffton, South Carolina, and want to know the best place to Live in Bluffton SC? If so, you're not alone. There are a lot of folks traveling from all over the nation to learn more about Bluffton, and we've helped many of them learn about the area.

Bluffton SC is the second-fastest-growing city in South Carolina. Hardeeville, part of Greater Bluffton, is the fastest growing city. With so many people moving to our area from all over the world, it's important to understand which place suits your family best.

Bluffton can be divided into five areas, and they are all "South of the Broad." The areas are Bluffton, Okatie, Hardeeville, Ridgeland, and Hilton Head Island.

If you live "North of the Broad," you will live in one of the Greater Beaufort communities. I will touch on Beaufort as a bonus region.

What's the best place to live in Bluffton SC? Let's break them down.

Bluffton, The Heart of The Lowcountry

Bluffton is all about lifestyle. If you like water sports, fishing, biking, hiking, golf, pickleball, tennis, or swimming, there are communities for you.

The "Plantations" tend to be the most pricey, but have a plethora of amenities. The Plantation Communities would include Berkley Hall, Belfair, Colleton, Palmetto Bluff, and Rose Hill.

Even though Rose Hill is a Plantation, it does not have high POA fees. The golf course and restaurant are open to the public, cutting down on community costs.

You will not find many homes without a property owner association fee in Bluffton. Most fees are affordable and cover items such as the community pools, common area maintenance, and other amenities associated with the neighborhood.

Up until a few years ago, Hardeeville was a pass-through town just off of I-95. People traveling to Hilton Head or Florida would stop and fill up, but they never stuck around. Now, Hardeeville is the fastest growing city in South Carolina.

The population in Hardeeville is currently around 5500 people. But, it is expected to grow to 29,000 in the next 10 years. The Hardeeville government is proactive with the projected growth and forward-thinking when a new development is proposed. Schools, water drainage, roads, and green space are considered, with each new proposed development.

The New River area with Hilton Head Lakes, Latitude Margaritaville Hilton Head, Abbey Glen, and Hampton Pointe is the most popular area for newcomers. Prices range from $250,000 to around $750,000. These are mostly gated communities where lifestyle is the focal point. Residents enjoy golf, boatable lakes, pickleball, and everything in between.

Hardeeville also includes Hardeeville Proper (downtown Hardeeville). This area has older homes built in the 1950s to 1970s. It is the focal point for future City improvements that will make the area more walkable and business-friendly. Hardeeville hopes to become a destination for visitors to stay and play in the next 10 years. Current improvements include a dog park and a state of the art community center (still under construction). Houses start in the low 100s and top out under $300,000 in Hardeeville Proper.

The Levy area is still being developed but will most likely become one of the most popular areas in the future. Most of Levy is not developed…yet. Recently, Logan Homes began a development called Osprey Lake. Homes here start in the low 300s. It is gated and most likely the first of many gated communities in this area.

Levy has a great location as it is 10 minutes from Savannah and the New Riverside area of Bluffton.

If you came to Hilton Head Island years ago, you'd probably find it looks much like it did when you visited. It's still all about nature, golf, wildlife, and beauty.

There are both "On and Off Plantation" properties, and many of the homes are very affordable. Most are "On Plantation," meaning they are in gated communities with a guard at the gate and have many shared amenities behind the gates.

Some Plantations, such as Wexford and Long Cove, have private golf communities behind the gates, making them a bit more pricey. But Hilton Head Plantation, Shipyard, Sea Pines, Indigo Run, and others are affordable for the location.

Until recently, there was not much new building on the Island, making many of the homes seem a bit dated. Now, there are many choices of condos, townhomes, and single-family homes in a wide price range.

However, there is a significant con to living on Hilton Head Island. There is only one bridge on and off the Island, and one loop of the main road. With millions of tourists visiting each year, traffic can be horrific.

Okatie SC includes communities such as Sun City Hilton Head, Callawassie Island, and Oldfield. These are all gated communities with lots of amenities. Once again, Okatie is all about lifestyle.

Because of Okatie's location, many beautiful marsh views change daily with the rise and fall of the tide. Residents can fish, crab, collect oysters, or enjoy a day of kayaking on the Colleton River.

Sun City Hilton Head, a 55 plus community, has homes that start in the low 200s but average in the 300s. Callawassie Island and Oldfield have no age restrictions, but homes and POAs are a bit more pricey. All three locations have a ton of amenities and activities for the residents to enjoy.

Many residents love the location of Okatie because it's central. You're close to Beaufort, Bluffton, Hardeeville, and I-95.

When someone tells me they want to live in the country, have a big yard, and not have a Property Owners Association, I pull properties from Ridgeland.

Ridgeland, SC is still very rural and mostly country. You'll find large yards and traditional neighborhoods. But, there are also large tracts of land spread out with no neighbors.

Think Mayberry USA when you think of downtown Ridgeland. It's small, quaint, cute, and has everything you need nearby. But, if you want the big box stores, you're going to have to drive to Hardeeville or Bluffton.

Ridgeland is the most affordable area out of all the regions. You can find homes in the low 100s, and even the planned communities are reasonable in the low to mid 200s.

There are planned communities in Ridgeland that border Okatie and Hardeeville. If you want to be close to the action, Hearthstone Lakes and Okatie Park make some great choices.

Beaufort is North of the Broad and consists of many communities and regions. Port Royal, The City of Beaufort, St. Helena, Lady's Island, and Fripp Island are just a few. This area is still very affordable (about the national average) and has deep roots in culture and community.

Many people in Beaufort were born and raised there. They grew up with the smells of pluff mud and the sounds of fiddler crabs. There is a significant presence of Gullah culture in this area (which is pretty cool).

The Beaufort area has a significant military presence. Parris Island is located in Port Royal, and there is also an Air Force Base and Naval Hospital. Many of the military personnel live off base and purchase homes in the area. There are also a lot of first-time home buyer targeted construction in the area. You can find lovely homes under $300,000 in the Greater Beaufort area.

If you'd like more information about an individual community or the area in general, call, text, or email us anytime. We'd love to help! 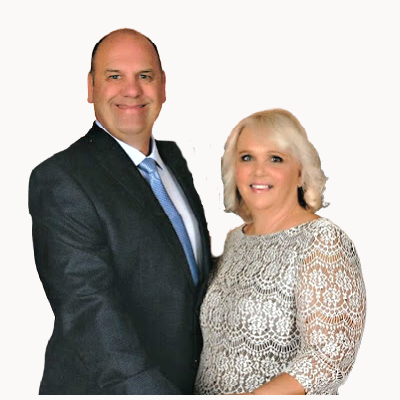